The M/M Romance Hall of Fame

Each sport seems to have one. Rock 'n' roll and country music have them. I'm sure there are many other halls of fame for countless professions and pursuits. So why not one for our little corner of the literary world?

I first introduced male-male attraction into my published fiction about six years ago. (Actually, I explored sexual orientation far earlier than that, in some of my non-genre novels. Only one has been published). Back then, Goodreads didn't exist. Amazon was around but e-readers weren't, so Amazon peddled only print books. But blogs and Yahoo groups abounded, and it was through these that I became familiar with the pioneers of m/m romance -- authors and publishers who, to this day, remain iconic. A bit later, review sites devoted exclusively to our genre began to appear.

Therefore, I'll divide my M/M Romance Hall of Fame into rooms -- Publishers, Authors, Reviewers, Cover Artists -- and populate them with major contributors to the genre's visibility, respectability, and popularity. Keep in mind that all of my inductees have withstood the test of time. 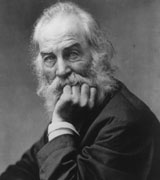 From the beginning, my beginning, I saw certain names with awe-inspiring frequency. The work of these writers was (and still is) enjoyed and admired and often revered. Willa Okati and Ally Blue; Sean Michael,  James Buchanan, and Sarah Black; VJB and RRR and the two JLs (Lanyon and Langley); soon thereafter, ZAM and KAM and JCP. (You bet their initials will do!) Then I discovered m/m historical romance, a rich subgenre within the wider genre, and realized it had its own greats: Alex Beecroft, Erastes, Charlie Cochrane, Tamara Allen, Ruth Sims. They get their own niche in the Author Room.

Companies that released m/m (or GLBT) romance exclusively were few and far between when I entered the genre. The ones that have survived the longest certainly deserve a place in the Hall of Fame. So I'm overlooking all past kerfuffles surrounding Torquere Press, the ugly covers of MLR Press, and any grumbling about Dreamspinner Press, and I'm giving credit where credit is due. Starting these companies required vision and balls of steel; not one of them installed the safety net of heterosexual erotic romance. They deserve to be honored. (Should I include Lethe, too? I'm undecided, because they publish "literary" as well as romance fiction -- although, frankly, the distinction often eludes me.)

He writes the worst English that I have ever encountered. It reminds me of a string of wet sponges; it reminds me of tattered washing on the line; it reminds me of stale bean soup, of college yells, of dogs barking idiotically through endless nights. It is so bad that a sort of grandeur creeps into it. It drags itself out of the dark abyss of pish, and crawls insanely up the topmost pinnacle of posh. It is rumble and bumble. It is flap and doodle. It is balder and dash.


Love 'em or hate 'em, reviewers have been the evangelists of m/m romance. They can't be excluded from the Hall of Fame. The first two inductees have to be Elisa Rolle and Jessewave, both of whom have made enormous contributions to the genre. They've promoted acceptance, deepened understanding, and helped advance authors' careers. Perhaps most important, they've encouraged open, frank discussions among readers. I won't listen to any smack-talk about Elisa or Wave. They're both incredible women. Jenre's "Well Read" blog, Val Kovalin's "Obsidian Bookshelf," and Chris's "Stumbling Over Chaos" also go back some years. They all helped paved the way for the excellent GLBTQ review and promotional sites we see today.

Since I don't know how long most of them have been working in the genre, I currently have only one inductee. Gee, can you guess who she is? ;-)

Now . . . who would your nominees be? I know I've left people out through sheer oversight, so help me correct that! Just keep in mind there are criteria for the Hall of Fame. (Yeah, okay, so they're my criteria, but this is my blog.) Authors, publishers, and reviewers have to have proved their staying-power, and they can't have a recent history of dipping their toes into other genres.
Posted by K. Z. Snow at 3:25 PM

Hmmm. You covered most of them there. For authors I'll add Lynn Lorenz, she took my m/m cherry. ;-) TA Chase was one of my first author crushes. Also Jet Mykles. No one does GFY like Jet.

Reviewers? You covered the originals, now there are several I trust, Joyfully Jay, Cryselle, Cole. I tend to avoid the bigger name-brand sites who occassionally review m/m.

Cover artists - brainstall but the one who does the drawings like on Heaven Sent. PL Nunn?

See, Tam, I knew someone would jog my memory!

I didn't mention Cole, Jay, or Cryselle (all excellent sites, along with Rainbow Reviews and True Colorz), because they don't yet have "veteran" status. :)

This is true. Elisa and Wave are old-timers. :-)

You'll have my perennial gratitude for including Sarah Black, who IMO deserves to be more widely read.

But among the publishing houses you forgot Blind Eye Books.

And being here I notice I forgot to buy ''Carny's Magic''. Another book on my pile...

Sarah Black is a wonderful writer. Her work qualifies for all three "i" words that comprise my personal standard of excellence: intelligent, innovative, and insightful.

Yes, Blind Eye Books -- absolutely! Thank you for reminding me. They haven't been around as long as the others, but I believe they've already proved themselves.

You're the second person who's said nice things about me recently. Thanks for your kind words :).

Hmm, 'veteran' and 'Hall of Fame' make me seem like an old doddery lady, which I suppose in terms of the m/m world, I am!

I think you and the other commenters have already mentioned all the authors I was reading when I first discovered m/m, except for Clare London whose story featured in one of the first DSP anthologies I read/reviewed and led to a love of all her books.

As for reviewers, Kassa was an early m/m reviewer with me, as was the sadly missed Lisabea who became an author and stopped writing what were the funniest and spot-on m/m romance reviews.

Samhain and Loose Id were the first publishers I ever bought from.

Thanks for opening our eyes to some of the long standing members of the m/m community. Long may they continue :).

Honestly, I remember coming upon your blog and thinking how much more detailed and articulate your reviews were compared with those on m/f sites. I'd been used to seeing nothing more than one or two paragraphs that consisted mostly of synopsis and repeated use of the word hot with exclamation points. :-D

Hmm, can't remember if Clare was already published when I first discovered m/m. It's entirely possible she was.

I hadn't thought of Kassa and LB. (Maybe I didn't stumble upon them until later.) I probably should've mentioned Teddypig, too, come to think of it.

The reason I didn't include Loose Id and Samhain is because they, like EC, don't publish m/m exclusively. But two excellent m/m novels -- Joey Hill's Rough Canvas and Denise Rossetti's Strongman -- were released there when i was still an "active" EC author, and they contributed to my desire to write m/m.

Our genre hasn't been in existence very long, so anyone who's been involved in it for five years or more qualifies for "veteran" status -- old and doddering or not. ;-)

I got exposed to m/m via a post on Dear Author. I also started to read DIK around that time and from there discovered Jen and Kris and Tam and... I definitely enjoyed working my way through Jen's top recommendations! :)

A lot of my very first m/m reading was via Samhain - JL Langley's werewolves and the Bay City Paranormal Investigations books by Ally Blue. Still remember going to TQ for the first time to buy one of the PsyCop books and being all worried about how dicey I thought the site looked... Although, I guess, not quite as dicey as Loose Id's site looked! (Black and flames, oh my...)

Yeah, a number of publishers and review sites were giving an occasional nod to m/m romance back then, but gay-themed fic was (and still is) far from being a staple at those places.

No exclusivity, no place in my HoF.

I never get to make any rules, so I'm digging on being dictatorial. :-D