In February, I'm going to be the featured author or spotlight author or some kind of special author at the Goodreads m/m romance group, and Mongrel will be the book that's featured along with me. (It wasn't voted in or anything cool like that -- people don't generally vote for my books when polls arise -- so there's no need to congratulate me. I chose it because it hasn't received much exposure, and I happen to think it's a damned good novel. Besides, I don't have a release in February. Oops.)

I'm not entirely sure what my month in the limelight, such as it is, will entail, but those of you familiar with the group should be able to find me. If not, I'll post links or a map or drop crumbs or something -- because, lord knows, I'm going to need some shills to make me look like the Incredibly Intriguing and Popular Author that I'm not. ;-)

On a related front, I continue to be fascinated by reactions to precious_boy (and can't help but wonder why so many of my books are so polarizing!) A pretty danged gratifying review was just posted at MichelenJeff, and another is apparently coming from Queer Magazine Online. I know this because the reviewer contacted me after reading the story and was, to say the least, enthusiastic.

And yet . . . plenty of people have had reservations about some of the novella's elements. I'd fully anticipated occasional squirming over Ethan's age, but discomfort over the protags' age difference has rather surprised me. It's only ten years, which was the span between my ex-husband and me (I being the older), and both I and scads of women I've known have been in relationships with ever larger gaps. Hmm. The other minor surprise has been reaction to Jonathan's sexual interlude. Some readers perfectly pinned down the reasons for his apparent lapse in judgment; others were puzzled, bothered, or downright put off by it. Another hmm.

Interesting stuff, and it only goes to show how personal experience shapes personal expectations, even when it comes to entertainment. No wonder a part of me has always wanted to be a psychologist!
Posted by K. Z. Snow at 5:15 PM 13 comments:

How about a hunka-hunka burning . . .

QUARTERBACK to help brighten your day? 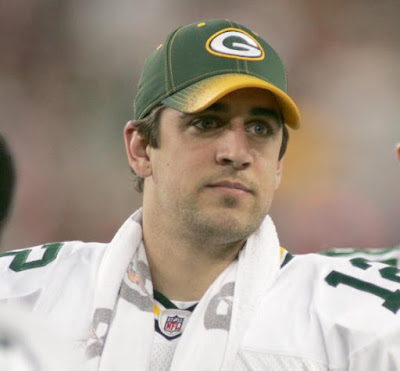 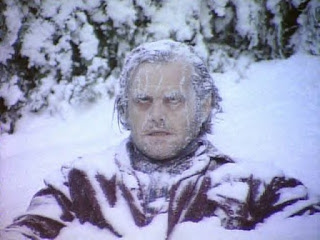 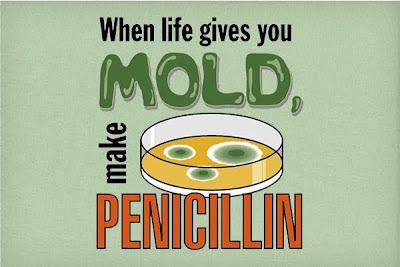 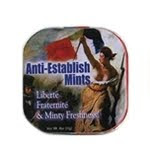 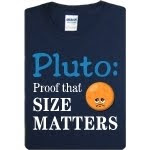 Now let's move from the world of science to the world of Jerry's emails. (These are bad. They're really bad. My dictionary, thesaurus, Chicago Manual of Style, and Fowler's Modern English Usage are actually huddled in a corner, cringing.)
1. A bicycle can't stand alone; it is two tired.

5. A chicken crossing the road: poultry in motion.

6. When a clock is hungry it goes back four seconds.

7. The guy who fell onto an upholstery machine was fully recovered.

8. You are stuck with your debt if you can't budge it.

9. He broke into song because he couldn't find the key.

10. A calendar's days are numbered.

12. He had a photographic memory which was never developed.

13. The short fortune-teller who escaped from prison: a small medium at large.

14. Those who get too big for their britches will be exposed in the end.

17. When she saw her first strands of gray hair, she thought she'd dye.

21. The roundest knight at King Arthur's Round Table was Sir Cumference. He acquired his size from too much pi.

22. I thought I saw an eye doctor on an Alaskan island, but it turned out to be an optical Aleutian.

23. She was only a whisky maker, but he loved her still.

24. A rubberband pistol was confiscated from a student in algebra class because it was a weapon of math disruption.

25. No matter how much you push the envelope, it'll still be stationery.

26. A dog gave birth to puppies on the sidewalk and was cited for littering.

28. A hole has been found in the nudist camp wall. The police are looking into it.

29. Atheism is a non-prophet organization.

30. I wondered why the baseball kept getting bigger. Then it hit me.

31. A sign on the lawn at a drug rehab center read Keep Off the Grass.

32. A small boy swallowed some coins and was taken to a hospital. When his grandmother telephoned to ask how he was, a nurse said, "No change yet."

33. The soldier who survived mustard gas and pepper spray is now a seasoned veteran. 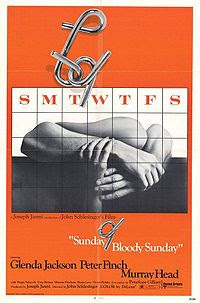 With a stellar cast headed by fellow Oscar-winners Peter Finch and Glenda Jackson (an extraordinary actor-turned-Labour Party MP), Dame Peggy Ashcroft, and Murray Head (who sang the role of Judas in the original Jesus Christ, Superstar album), Sunday, Bloody Sunday subtly examines the dynamics, and demise, of a triangle involving a straight woman, young bisexual man, and older gay man. I can't call it a "love triangle," because the bisexual man is far too self-involved to have significant feelings for either of his occasional partners. But therein lies the movie's emotional impact. 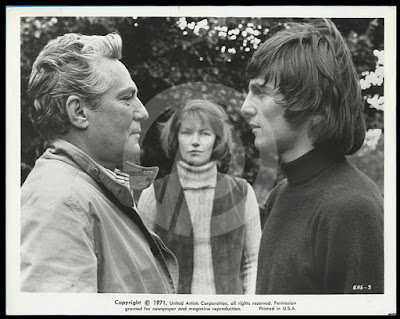 Following is a synopsis I ganked from Wikipedia and edited.

A Jewish doctor, Daniel Hirsh (Finch) and a professional woman, Alex Greville (Jackson) are both romantically involved with aspiring artist Bob Elkin (Head). Not only are Hirsh and Greville aware that Elkin is seeing them both, they know of each other through mutual friends. Despite this, they are willing to put up with the situation rather than risk losing Elkin, who switches freely and quite inconsiderately between them. The rivals' grace, courage, and vulnerability, as well as their genuine love for Elkin, stand in striking contrast to the young man's shallow opportunism.

For Greville, the relationship is bound up with a growing disillusionment about her life, and lingering issues related to her failed marriage and uneasy childhood. For Hirsh, it is, in part, an escape from the repressed nature of his Jewish upbringing. Only when Elkin decides to leave the country do his lovers come face to face -- a meeting all the more touching because it's devoid of melodrama.

The sex scenes in this movie are lovely, as wistful as they are sensual, and the leitmotif provided by the trio "Soave sia il vento" from Mozart's Cosi fan tutte isn't just beautiful, it's heartwrenchingly appropriate.

God, I love this film. The acting is pitch-perfect, and the angst is underplayed yet keenly felt -- just the way I like it. You can pick up Sunday, Bloody Sunday dirt cheap, in either DVD or VHS format, at half.com.

* Here's a delightful anecdote about the rather portly director, also ganked from Wikipedia: "Sometime in the 1970s [Schlesinger] was in a New York bath house where the practice was for someone wanting a partner to leave the cubicle door open. This Schlesinger accordingly did, and lay monumentally on the table under his towel waiting for someone to pass by. A youth duly . . . ventured in, but seeing this mound of flesh laid out on the slab, recoiled, saying 'Oh, please. I couldn't. You've got to be kidding.' Schlesinger closed his eyes and said primly, 'A simple "No" will suffice'." Heh.

Visible Friend (but not until April) from Dreamspinner Press. This year has started out with more crashes than bangs, but maybe things will get better.

* * *
Only 24, Christopher Borgasian has made a drastic and terrifying change in his life. He's turned his back on a lover he'd adored for three years. The breakup required more than regretfully spoken words; it was an arduous process that took over seven months. Now it's time for Chris to see if he can make it on his own. Without heroin.

Without much of anything, really. Chris's family rejected him nearly a decade ago when he came out, and his drug buddies, never true friends to begin with, are now off-limits. Chris Borgasian, gay recovering junkie, is alone with his determination.

The night before he leaves a sober-living facility to pursue his uncertain future, a stranger named Denny shows up in his room ... then vanishes as mysteriously as he'd appeared. From that night on, Denny keeps returning, suddenly and inexplicably, whenever Chris battles temptation, self-doubt, or feelings of isolation. This handsome young man isn't an angel, but his identity still strains credulity.

Believing in Denny means, for Chris, believing in the magical strength of a child's longing -- for the invisible made visible, the imaginary turned real, and, most incredible of all, the possibility of unquestioning acceptance and abiding love.
Posted by K. Z. Snow at 3:41 PM 9 comments:

I was quite taken aback to see precious_boy and "manga" in the same sentence at this LJ. Hm. I haven't been much exposed to manga and only have a minimal sense of it. So I'm intrigued.

Jeff Erno has put up an extremely well-reasoned post about an issue that pushes one of my buttons. Go here to read it. (Beware: my rant is in the comments section!)

Anybody who hasn't yet read Tamara Allen's Whistling in the Dark should do so ASAP. This novel sets three bars: historical fiction, gay fiction, and romance fiction. I honestly can't imagine any recent m/m tale being better than this.

Val Kovalin, who writes the "Man to Man" gay romance feature for ARe's (All Romance eBooks) Wild Fire newsletter, chose Mongrel as her top pick this month. I don't know what to say. You'll have to read the review to know why it left me speechless.

Oh, and by the way . . . precious_boy is now available at the Dreamspinner Press site. If you didn't notice that its cover is directly to your right, I hope you get your hormone deficiency corrected soon. ;-)

P.S. Not to change tracks or nuthin', but Weeping Cock has some very educational posts this week, including the amazing case of the fizzing semen. So don a pair of Depends and hop on over there. You'll be glad you did -- http://community.livejournal.com/weepingcock/
Posted by K. Z. Snow at 6:34 PM 11 comments: