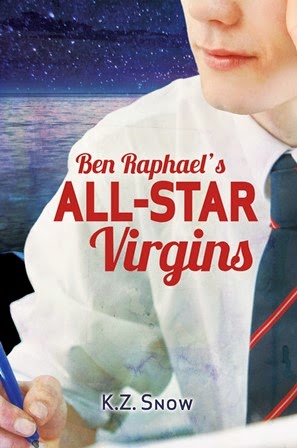 Sixteen-year-old Jake McCullough and his buddies Rider, Brody, Carlton, and Tim feel like the invisible boys of Ben Raphael Academy, an exclusive coed prep school. Teachers and fellow students look through them, not at them. Brody decides they need “mystique” to garner attention and admiration, especially from girls. “Nobody has more mystique than a desirable virgin,” he declares. Thus is born Ben Raphael’s All-star Virgin Order or BRAVO.

The five friends polish their physical appearances. Brody launches a subtle but canny publicity campaign. Soon, the formerly invisible boys are indeed being noticed. The pinnacle of their acceptance seems to come in the form of invitations to the Valentine’s Day dance.

But the young men’s motives are more complex than they appear to be. For different reasons and to different degrees, all the BRAVO members are emotionally fragile. Two have already taken wrong turns in their quest for affirmation and succumbed to a seductive female teacher. Jake and Rider, roommates and best friends, are attracted to each other but balk at declaring their feelings; they fear the stigma of being gay.

Virginity, it turns out, comes in different guises. An unspeakable tragedy pushes the BRAVO boys, and Jake and Rider in particular, across the threshold from innocence into experience and makes them realize what’s truly important in life.

Resurrection Man now has a Goodreads page and is also a Dreamspinner "Coming Soon" book, which means it's available for preorder.

A month or so after RM's August 6 publication, Harmony Ink will release another of my stories, Ben Raphael's All-Star Virgins. It's a YA tale in which the word virgin proves to have more than one meaning.

I'm currently working on the infidelity story I've been wanting to write for quite some time. I know this is an unpopular subject in romance fiction, but, like other unpleasant aspects of contemporary life, I feel it needs to be addressed -- and done so with hope.
Posted by K. Z. Snow at 10:32 AM No comments: 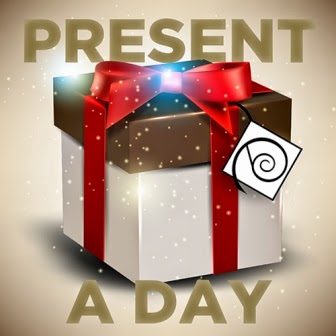 On July 9, as part of their Christmas in July promotion, Dreamspinner Press will be offering one of my books for 99 cents. It's a substantial savings, believe me, but will only be in effect for 24 hours. Go to the publisher's home page to see what's available each day of the month and to score my cheapie on the ninth. 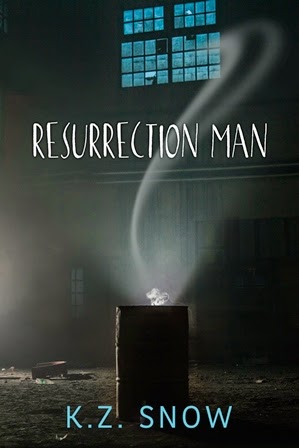 And . . . four weeks from now, Resurrection Man will be released. Directly below is the blurb. The Prologue follows. (You'll get to read a much longer excerpt once the book is officially for sale.)

Bad enough Elijah Colter’s life of comfort comes to an abrupt end when he’s 17 and his family discovers he’s gay. Bad enough he must live out of his car and turn tricks. But when his perfect boyfriend, Alonzo, becomes the victim of a drive-by shooting, Elijah plummets into suicidal depression. The concepts of trust and hope become more alien to him than ever.

All that keeps Elijah going is a promise he made: that he would look after Alonzo’s stepdad, Dizzy, who’s on the verge of losing his house.

Diz and Elijah become companions in homelessness—until Elijah discovers a program for throwaway LGBT youth. Through it he gets his own apartment… then loses it, along with his fragile self-esteem, after a year. He’s kept his promise, though, and until he can get back on his feet, he’s resigned to joining Dizzy in the abandoned factory the older man calls home.

One fall day, pair of new presences in Elijah's life promise to shape his future: Michael Hanlan, an outreach volunteer, and what appears to be Alonzo's ghost. Both prompt Elijah to decide which of his dreams to pursue, which to cast aside, and just how much he can dare to believe in love, and in himself, again.

“Dust is soil with the life sucked out of it.”

My Great-grandpa Cyrus, born in southwestern Kansas in 1921, spent the early years of his life discovering this truth. He whittled away at the huge, shapeless horror that was the High Plains in the 1930s until he got down to something he could recognize, something that made sense to him.
When he was in the middle of his growing-up years, Cy didn’t see anything as pure as what he thought Truth should be. He only saw mountainous dark goblins of grit fill the sky, over and over again. They lumbered in from whatever direction the wind determined, bearing down on homesteads and wheat fields, shedding scales of thick misery.
One typically parched afternoon beneath a typically brown-veiled sky, the local men gathered in town to consider hiring a rainmaker. Cy was at the meeting with his pa, although he wasn’t old enough to have too many opinions about too much of anything or to open his mouth and expect anyone to listen. By then they were three years into the invasion. The goblins kept coming with dismal regularity, kept dropping their deadly freight. A roller had just passed through a few days earlier. Each building looked gray and beaten. Even cavorting tumbleweeds were scarce. Farmers had been hoarding them to feed their withered cattle. And even to feed their families, when worse came to worst.
But trying to bust water out of the sky with dynamite? Cy’s pa was dead set against making so risky an investment. The Depression had settled in along with the dust. Money was tight. Besides, “The drough ain’t the real problem,” he said to his neighbors. “We kilt the land. Dust is soil with the life sucked out of it. Dust is the earth’s haint.”
Bonanza Bill Lawton spoke up. “So what we s’posed to do? Persuade Jesus Christ to breathe life back into it?”
“We’ve all tried contacting him a thousand times,” a wag named Pokey Stiles drawled. “Seems he ain’t takin’ our calls.”
After their meeting, while the farmers continued to jawbone outside the feed store, Cy squatted and scooped up a handful of the powder that covered everything in sight. He let it sift through his perpetually dirty fingers as he thought of his father’s words. Finally, Truth appeared, right there in his palm.
The stretches of prairie his ma described so wistfully, the waving buffalo grass and rustling bluestem and nodding flowers, had lain belly-up for years. This dust was its ghost, relentless and punishing.
“’Spect you got every right to dog us,” he whispered.