How Readers Can Help Fight Plagiarism 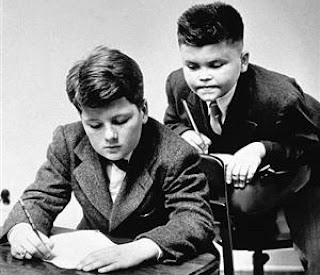 This is just the latest case in too many recent cases of plagiarism in our corner of the book world. But I saw a glimmer of hope in S.A.'s post.

More often than not, it's an alert reader who notices suspicious similarities between already (and legitimately) published work and something that suddenly crops up, usually through a very small publisher or a self-publishing effort. So please, dear booklovers, keep your eyes peeled. If you get a sense of deja vu while reading, but you know the author is unfamiliar to you, give some thought to where you might have encountered that storyline/those characters before.

Many writers don't read widely enough in the m/m romance genre to troll through each book that's produced. The same is true of editors and publishers. They're too busy to scan every page of every new release. So we all rely on eagle-eyed readers and reviewers to detect signs of plagiarism. Obviously, no one person can devour the scores of stories that show up every week, but among the thousands of you, with your varied tastes, chances are somebody will have read both the original piece of fiction and its copied counterpart.

Thanks! (And thanks a hundredfold if you catch a thief!)

To Sequel or Not to Sequel?

Say you write a book. It doesn't exactly take off like a rocket (one of those good rockets, the kind that doesn't arc into a nosedive), but a number of readers really like it. And, of course, you like it too.

So what do you do when the readers who really like it express an interest in seeing more of the characters and their world, even if you'd intended the story to be a stand-alone? Do you give those dear readers what they -- and maybe you, as well -- want, or do you adopt a more hard-nosed, objective approach?

This isn't an easy question to answer.

I'll admit I dithered around after Mongrel was released. Nothing I've written has ever taken off like a rocket, and this novel was no different. But it had enough enthusiasts (bless you all!) to keep a follow-up story simmering in the back of my mind. Still I remained cautious, to the point that I published seven books before I threw caution to the wind. Why did I even bother? Because, regardless of the passage of time and the relatively small audience for anything that isn't a contemporary feel-good story, I hadn't managed to root Clancy Marrowbone and Simon Bentcross and my dirty steampunk world out of my brain.

It was a struggle. Boy, was it a struggle! Not that I didn't adore the characters, but my old doubts still lingered. I told myself I should've been writing an angsty contemporary laced with humor. That would have more of an audience than this. But I'm stubborn . . . with a touch of delusional. I kept going and got caught up in the tale. To make matters worse, I OCD'd my way into a third book, just to give myself a sense of completion with the Mongrel storyverse.

Not a day goes by that I don't ask my computer, What the hell am I doing here? Why do I keep writing this book? When all is said and done, there might be five people, max, who'll have any interest whatsoever in reading Machine. And yet I press on. I have over 17,000 words written and I can't seem to stop, no matter how often I tell myself it's an exercise in futility.

What have I learned from the Mongrel Trilogy experience that I can pass on to fellow writers?

DO NOT follow my example. At least not the one above. 1.) Plan a duology, trilogy, or series before you begin writing the first book. Don't wing it. When I began the Utopia-X series for Loose Id, I knew I wanted each of the first three "installments" to concentrate on the development of one relationship, and the fourth to put the primary world in danger. Therefore, Book I focuses on Win and Pablo; Book II, on Tole and Ridley; Book III, on Zee and Sebastian (with a wrap-up of the Tole-Ridley story arc, which proved the most complicated). Book IV centers on a threat to the entire Utopian Metroplex of Regenerie. It also tests the Win-Pablo bond and resolves other issues, so it brings the series full-circle. That's the kind of planning I'm talking about. 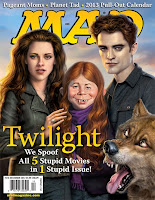 2.) Unless you're as popular as Rowling or Ward or Meyer, and have millions of rabid fans salivating at the thought of a sequel to anything you produce, it's imperative you not let too much time go by between books. Adhere to the old adage, "Strike while the iron is hot." Sure, give the first volume a chance to take off/catch on, but after six months to a year, your next book should be ready to launch. M/M fiction, like most pop-fic genres, has an explosion of new releases every damned week. If you want readers to remember your first story and retain their enthusiasm for it, release the subsequent stories in a timely manner. I waited waaaaaaay too long to get cracking on Merman.

3.) Stay abreast of readers' preferences. They change rapidly. Today's Big Thing could easily be part of tomorrow's Glut. Or become tomorrow's Meh. Gay steampunk was still something of a novelty when Mongrel came out, but while I was doing all my dithering, the novelty started wearing off. And vampires fell even further out of favor. What's more, even though interest in mermen was rising, I deliberately chose not to create a fairy-tale merman and make him a sexy, romantic hero -- which is, I think, what most readers want. Oh well. That type of character wouldn't have fit into my universe.

By ignoring all these trends, either perversely or on principle (in my case, it was a little of both), I took more steps toward jeopardizing the success of my sequel.

Here's where another consideration comes into play. If you notice a change in tastes that could influence the reception of your next story, whether it's Series Book 2 or Series Book 10, do you alter it accordingly or remain true to your original vision? There is no right or wrong answer. Which way you go probably depends on how much you crave approbation . . . and royalties. ;-) 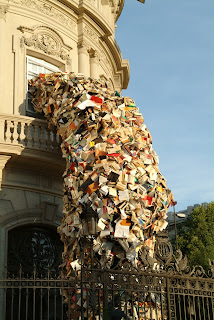 4.) Know when to call it quits. Granted, some series become so beloved, readers never seem to tire of them: e.g., Sookie Stackhouse, Miss Marple, Nero Wolfe, J.D. Robb's "In Death," and the chronic diarrhea that is Anita Blake (sorry; I'm not a fan). Our genre has been blessed with some excellent ongoing series: Boystown, The Administration, PsyCop, to name a few. But . . . keep in mind these are the exceptions, not the rule. Most authors can't get away with producing an open-ended and seemingly never-ending series. Their writing suffers, their readers get bored, and soon, their reputations are taking some serious hits. Counterproductive, for sure. (I really admire Josh Lanyon's wisdom and courage in putting the brakes on Adrien English. He could certainly have squeezed a lot more mileage out of his central couple, but for some very sound reasons, he chose not to.) 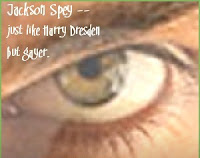 Now, I'm obviously not averse to letting favorite characters make cameo appearances in stories that aren't theirs -- Jackson Spey turned up in Fugly and Abercrombie Zombie ('cause, hey, he's a wizard, so he can show up whenever and wherever he pleases!) -- but I'd never drag out an actual series past three to five books, and I don't think too many authors should. It's a matter of recognizing limitations: your own, both in terms of creativity and popularity, and your readers', in terms of their interest level. So don't, don't get too big for your britches and assume the world will never get enough of your wonderful characters. The sad truth for most of is, the world will more likely forget about our wonderful characters than eagerly await their return.

To learn more about crafting series fiction the right way, check out Josh Lanyon's excellent guide, Man, Oh Man: Writing Quality M/M Fiction. He's devoted an entire chapter to the subject. (You should read the other chapters too, while you're at it, because a series won't fly unless you've mastered all the elements of storytelling.)