The Dove and the Pearl

Blogs don't generally warm my heart. Most aren't designed to do that. Most are meant to inform and/or entertain. (Well, I suppose there are some squeaky-clean, sappy-ass, sunshiny blogs around for conservative ladies whose lives center on church and family. However, since I don't fall into that demographic category, I'm unaware of them -- thank badness.)

But I've been pleased to discover, finally, a heartwarming blog that makes me grin rather than potentially gag. 2 Boys in Love (click on the post title to get there) centers on exactly what its name suggests: two intelligent, candid young men who are crazy about each other and take so much exuberant pride in that fact, they want to share their thoughts, feelings, and daily experiences with the world. As far as I'm concerned, the world is a better place for it.

Anybody who needs his or her faith restored in humanity should make a point of visiting Matty and Brad regularly. They aren't saccharine; they're simply sincere. I only wish all queer kids everywhere could find the kind of mutually supportive relationship these boys have forged. It's incomprehensible to me that anybody could take issue with such unshakable friendship and untainted romance, with such happiness.

Once more, courtesy of the lovely and talented Marie Sexton . . .

This snip is from A Hole in God's Pocket, due out in spring 2012 from Dreamspinner Press. Greg Aubuchon, one of the main characters, is playing Good Samaritan; he's brought an inebriated man home with him to crash on the couch. But Greg's housemate, Lenny, is none too happy about this act of kindness. Lenny's a rip-roarin' redneck who swears the overnight guest is gay -- at least according to local gossip -- and his homophobia has kicked in.

Greg’s mind backpedaled. Had there been any other indication Faron was gay? No, not really. Certainly nothing concrete. “That crap doesn’t mean anything. There are dozens of single men around here who hang out together or share a rental. Look at us.”

“Buddy,” Lenny said, reaching across the corner of the table and clapping a hand to Greg’s shoulder, “we don’t flit around and we sure as shit don’t get all touchy-feely with each other.” He abruptly, and quite comically, pulled his hand back. God forbid Lenny Lorta should be mistaken for a “flitter.”

Greg squelched an impulse to laugh. “Sounds like folks are jumping to a whole lot of conclusions based on a whole lot of nothing. You know how it is. One person makes an assumption and pretty soon it’s being spread like the Gospel.”

“Yeah, I know, but you don’t often hear about dudes being pegged as homos. Where there’s smoke, blah-blah-blah.”

“Oh, bullshit.” Greg seemed to be saying it to himself as much as to Lenny. He needed to quell the flutter of excitement he felt, the pale images that rose in his mind like resurfacing stains. “You don’t know him any better than I do.”

“Whatever. But the fucker better not wander into my bedroom. I’m gonna lock my door just to be on the safe side.”

Greg gave Lenny a look that said, You must be kidding. “Do that. God knows we don’t want a maybe-gay man with maybe-rampaging hormones mistaking you for David Beckham.”
Posted by K. Z. Snow at 8:30 AM 4 comments:

Just a short one today -- an "afterglow exchange" from The Prayer Waltz:


“I’m a sucker for a man who licks my chest. Just keep doing it. Maybe more hair will grow.”

That be me. I am honestly starting to get the guilts about people following me on Twitter. They have nothing to follow. I am lost in this wilderness of drive-by posts and dangling conversational bits.

So . . . how do I get involved? Do I want to get involved? I'm not entirely sure yet. There are so damned many wackos out there! I haven't felt too kindly disposed toward social networking lately, because sometimes the Web bears an alarming resemblance to a spider web, with plump, toxic arachnids just lying in wait and trembling with anticipation 'cause they're so eager to pounce. I don't want them near me!

But anyway, for future reference, how does Twitter work? I just haven't bothered to get the hang of it.
Posted by K. Z. Snow at 2:33 PM 18 comments:

My fourth installment comes from my steampunk novel, Mongrel. Fanule Perfidor, the Eminence of Taintwell, is at (what turns out to be) a very dangerous meeting with his enemies. Lucky for him that his ex-lover, vampire extraordinaire Clancy Marrowbone, has come along.
Click on the post title to visit Marie Sexton's blog and see more authors' offerings!
* * *

For countless moments, chaos reigned. A gunshot tore through the night, a man uttered a strangled cry of shock and terror, Pushbin and Hunzinger tried to duck beneath the table, Will rushed into the tent and immediately dove for Fanule, asking if he was hurt, and Clancy Marrowbone’s voice sounded from somewhere above.

With Will still touching his back and gripping his arm, Fanule rose to his feet. Pushbin and Hunzinger struggled up from beneath the table. The mayor, his eyes like saucers, stumbled backward and clumsily fell into his chair. Hunzinger’s hand flew to his throat as a startled sound came from his mouth.

Petrified, they stared at the figure in the middle of the table.

“Hello,” said Marrowbone. “As you gentlemen know, I’m not the Eminence of anything, unless it’s a room full of rather short people.” He licked his lips in a leisurely way. “Or lifeless bodies.”

“You always did know how to make an entrance, Clancy,” Fanule said as he resumed his seat.

Marrowbone, who’d been kneeling on all fours, lackadaisically fell back on his haunches. Blood streaked the lower half of his face.
Posted by K. Z. Snow at 5:23 PM 4 comments: 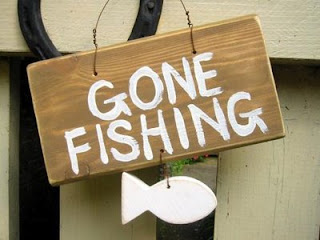 For Tam and Tracy 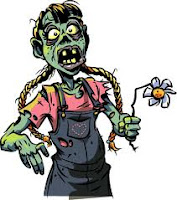 One Reason Why Cyberspace Can Be a Distasteful Place 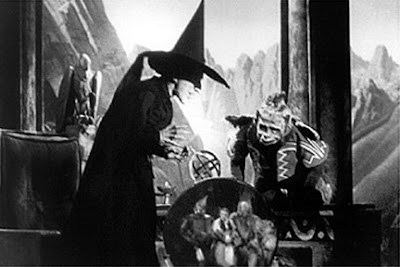 Welcome to another edition of Marie Sexton's "Saturday Snark"! The selection below is from my Dreamspinner novella The Prayer Waltz. The narrator, Steven Brandwein, has decided to pray before a statue of St. Jerome. He's at the church where his late lover, an ex-priest, once served.

His snark is gentle and rueful and mostly self-directed.

(Click on the post title to get to Marie Sexton's blog, where you'll find her own sample as well as links to those of other authors!)

Taking a deep breath, I sank to the hard kneeling rail and rested the wrists of my folded hands against the equally hard prayer rail. Maybe supplicants had to sacrifice comfort in addition to money if they expected something in return.

At least, I thought, I won’t have to flagellate myself.

I turned up my eyes to address Jerome. Actually, I first looked at his statue’s pedestal. A plaque affixed to it read:


Be at peace with your own soul,
then heaven and earth will be at peace with you.
~ St. Jerome
(Eusebius Sophronius Hieronymus, 340-420)
My gaze crept up to his face. Please don’t look at me. You might be the patron saint of orphans and abandoned children, but you are one scary fella.

After that, my mind pretty much went blank. I realized for the second time in my life that I didn’t know how to pray. The first time was after Frank’s accident. I didn’t know how many or what kinds of requests my ten dollars and sore knees had secured me or what words would give them wings. Although my father was Jewish and my mother was Catholic, they were old hippies and hadn’t put too much stock in organized religion. I’d been exposed to it but never steered down a particular path. So I hadn’t spent too much time in places of worship.

Miserably, I mouthed Frank’s name. Then, I miss you.

A yammering began in my mind, a rattling, falling, bouncing and scattering string of words, like poorly matched beads sliding off a broken necklace.

Steven Brandwein here. Please oh please bless the soul and anything else that’s left of Frank Connor and grant him eternal joy and peace, he was once your loyal servant and I know he was a damned good one, but he wasn’t created according to most men’s interpretation of the rules of creation, hell, you know that, so he was forced to stop serving, he didn’t want to but he couldn’t deny his nature, I don’t know why any good man should feel pressured to deny his nature, what the fuck is wrong with people, please fix them, douse them with enlightenment or give them a kick in the ass or something, this shit has got to stop, there are too many Franks out there, but thank you for the gift he was, only why did you let him get ripped up so much before you sent him my way, oh just please let him know how much he meant to me and give him a pat on the back for a good job well done and stuff him with happiness even if it’s in the form of hard dick because he’s earned it, pardon my crudeness…oh, and assure him I don’t mind.

As the syllables tumbled, I’d unwittingly made a basin with my hands and dropped my face into it. Lightly, my breath and shoulders hitched. The skin of my inner fingers felt damp.

I lifted my face, wishing I could tell the difference between words from beyond the veil and words from within the well of wishful thinking. Fuck.
Posted by K. Z. Snow at 3:44 PM 1 comment: