Here's a little snippet on the first gay marriages in New York, from an article by Chris Hawley of the Associated Press:

Some people waiting to wed clutched bouquets and wore tuxedos or wedding dresses before they were ushered into the clerk's office for a license and a ceremony in one of the building's simple chapels.

The first couple to marry in Manhattan were Phyllis Siegel, 76, and Connie Kopelov, 84, who have been together for 23 years. Kopelov arrived in a wheelchair and stood with the assistance of a walker. During the service, Siegel wrapped her hand in Kopelov's hand and they both grasped the walker.
Witnesses cheered and wiped away tears after the two women vowed to "honor and cherish" each other as spouses and then kissed. 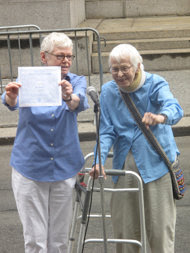 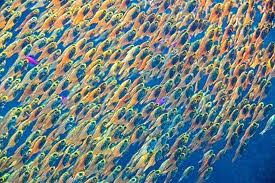 News from the publisher front. Abercrombie Zombie will be loosed by Dreamspinner on August 10.  (Seems like forever since I've had a release, but that's probably because Visible Friend ended up more or less . . . invisible.) Anne Cain is once again the cover artist, and I hope to get my first look at what she's come up with by this weekend.

DSP has also accepted The Zero Knot (that's the contemporary from which I posted this excerpt) and scheduled it for publication in September or October.  This novel could be issued in print as well as e-book format, although I'm not sure of that yet. As the story stands, it's several thousand words shy of the 60k-word minimum. Don't know if I'll be asked to expand it or not.

My WIP, A Hole in God's Pocket, could also end up being novel-length. Too early to tell with any certainty, though.
Posted by K. Z. Snow at 12:06 PM 12 comments:

Have you been keeping up?

With the Hot Summer Days stories at the Goodreads M/M Romance group?  (I put a link in the post title.)  What do you think of them so far?

I've only managed to read one every couple of days or so, because I've found that reading two to four stories every day kind of muddles my mind as I work on my WIP (too many different styles, characters, themes, etc.)  So, I'll probably be playing catch-up well into next year.  :)

The whole thing has been a phenomenal effort on the part of writers as well as the group's moderators, and that in and of itself impresses me no end.
Posted by K. Z. Snow at 10:35 PM 6 comments:

Have y'all seen this film about a young Mormon missionary and L.A. party boy who fall for each other but don't have an easy time?  I just watched it.

It's a touching movie with engaging characters and more than enough angst, even for the seriously angst-addicted.  And the love/sex scenes are truly beautiful -- some of the most visually and emotionally satisfying I've ever seen in gay cinema.  I liked the storyline too, for the most part, because I've always been drawn to its two main themes: attraction between opposites and the influence of religion on people's lives.

But I had my moments of discontent.

The biggest came at the end.  I found the plot's resolution very unsatisfying.

Considering Christian believed Aaron to be D-E-A-D dead and had been plunged in deep mourning for a while, and taking into account all kinds of other stuff to boot, the young men's reunion required far more than a ten-second, wordless hug. It needed buildup; it needed the kind of substantive emotional content that's conveyed via facial expressions, tears, exclamations/questions/answers, an appropriate setting, and some really adroit editing.  As it stands, the scene isn't only terse and flat but lacks believability.

My other beefs were relatively minor. The declaration of love came too quickly. It's possible -- and, I think, preferable -- to show characters developing a deep emotional bond without prematurely marching out the L word.  And what was with that hideously medieval rehab facility designed to turn gay boys straight?  While I know the CoJCoLDS has its own "reparative therapy" program, I seriously doubt 21st-century Mormons anywhere, even in Idaho, resort to the tactics depicted in this film.

Home of the Brave

Last week, an ordinary, nineteen-year-old guy with a shy smile was the focus of attention in a tiny Midwestern town -- a village, actually. Many of its 750-or-so residents showed up at the high school gymnasium to pay tribute to him. Many watched or were in his parade, including a huge contingent of motorcyclists from the central part of the state.

I was in town that day.

The village is our county seat, and the boy's name is Ryan, and he was a local kid who'd been killed by a roadside bomb, one of those insidious IEDs, in the Kandahar province of Afghanistan.  The gathering at the high school was his memorial service. The long parade was his funeral procession.

All national and state flags were at half staff. Each lamppost bore lengths of black and yellow ribbon tied into a bow signifying "gone but not forgotten." Those dozens upon dozens of bikers, few of whom actually knew Ryan, were gathering in the only places either appropriate or large enough for them to gather -- the mortuary parking lot and the supermarket parking lot just down the street.

Of course I understood why these events were taking place -- the rituals meant to honor the soldier, the organized outpouring of respect for him -- but I'll be dicked if I can figure out why they had to take place, why this sudden, senseless death happened at all.  And why thousands of similar funerals have taken place all across the nation.

The U.S. hasn't sacrificed its young citizens to a "good" war since the 1940s -- a war with a clear goal, a war that could substantially and permanently change the world for the better.  On Independence Day, it's especially difficult to reconcile the ideals of the Founding Fathers with the senseless carnage we've been engaged in all too often since the Revolution.  Far too many brave men and women have died or been scarred for no discernible reason. Far too many will continue to die.  I don't know why our leaders can't pull their heads out of their asses and recognize lost causes when they see them, conflicts in which we have no business meddling: Korea, Vietnam, Iraq, and now Afghanistan, with many smaller ones in between.

Why can't we at least pick our battles more wisely?

If only the Fourth of July could still be a celebration of one of the good wars. If only it didn't now come bundled with so much grief . . .