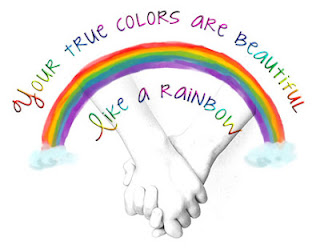 Three very talented and caring people -- Jeff Erno, Jackie Nacht, and Madison Parker -- have started a website (and a very well-designed one, I might add) devoted exclusively to GLBTQ young adult fiction. You can, and should, check out HERE.

The Attitude Is Gratitude

It's the perfect time of year to acknowledge people who've made my world a little brighter.

I'm not a Big Cheese in this genre, but readers and fellow authors have a way of making that fact irrelevant.

Thank you, first and foremost, to everybody who's bought and read even one of my books. That requires faith. A reader putting his/her faith in my work is both humbling and gratifying - and not something I take lightly. I treasure each of you.

Thank you to readers who took the time (a precious commodity), to express their opinions of Carny's Magic, A Hole in God's Pocket, and Xylophone. I wasn't sure how the last two, especially, would be received. Religion and child molestation are pretty sensitive issues. So whether you emailed me or left a comment on my blog, put up ratings or reviews on Goodreads or Amazon, posted your critiques on a dedicated review site . . . man, I really appreciate it!

Thank you, as well, to my small cadre of Internet spies. (Okay, they're not really spies, just people who pay more attention to things than I do. :))  In fact, if it hadn't been for one of them, I would never have known about these nominations for A Hole In God's Pocket:

Which leads me to another thank you, this one to the dear, considerate readers who cared enough to make these nominations. (Honestly, it never occurs to me to check out such contests.) And to Sammy, a reviewer at Joyfully Jay, who listed AHIGP as one of her five favorite books of 2012.

Which in turn leads me to this thank you, directed at whatever kind person entered The Zero Knot in the Rainbow Awards, and the judges who deemed it worthy of high-enough scores to net my coming-of-age novel a "Best" in its category. (All books that land in the top three are considered bests. Mine was actually second. But hey, I'll take it. ;-))

Finally, thank you to the writers who agreed to appear on my blog in 2012, including the incomparable Tam Ames and a whole slew of Dreamspinner and Loose Id authors who contributed to my two-part post (here and here) on old farts maturity and m/m romance. (Bonus thanks to Tam for highlighting my backlist on her blog.) And to the tireless Chris at Stumbling Over Chaos for generously hosting giveaways of my books. And to Josh Lanyon, as well as all the members of his wonderful Goodreads group, for providing a friendly place where writers and readers can gather without fear of any doodoo hitting the fan.

Hem your blessings with thankfulness, so they don't unravel.

So, you probably thought I was going to sock it to ya with polkas.

I was (and a few other musical pieces, too).

Until I listened to this again, and realized it encapsulates what Xylophone is all about.

I can't tell you how much this song, and Adam Lambert's brilliant interpretation, move me.

Close your eyes and listen.

The Origin of (Story) Species 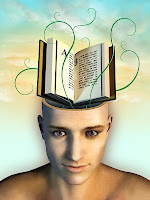 For me, this time, it started with three seeds: "Molly B. Polka Party," a reader's conundrum, and a scandal.

One or two of you might remember me posting about lounging around one weekend, pushing buttons on the TV remote. I couldn't find anything worth watching. Weekends are infuriating that way. On the very days you can kick back and relax, there's nothing on the tube except Independence Day, reruns of "The Andy Griffith Show," and atrociously bad movies on Sy Fy (or Psi Phi or however cute way they spell it now). Maybe it's a corporate conspiracy to get us out shopping to boost the economy. Maybe the owners of cable and satellite networks are too damned cheap to pay people to work on weekends.

Anyway, just as I was about to lumber off the bed and, I don't know, clean the dogs' ears or something, I heard it -- music from my youth, the songs of my heritage.

Listening to the music put some boogie in my blood and made me smile. Someday, I thought, I have to write a story that features a polka band. Hell yeah. The genre's glutted with rock stars. And who doesn't like polka bands? Well, probably most people, but that didn't deter me. I can be contrary. 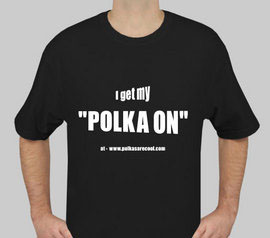 On another day, I stopped by a blog where a little discussion was going on about one of those weird Goodreads challenges. You know, like "Read three books that mention three different vehicles, then three more books with characters who get into accidents involving those vehicles." The particular discussion I came across involved an alphabet challenge -- specifically, how difficult it was to find titles beginning with certain letters. I remember feeling fortunate The Zero Knot was out then, because it provided readers with a Z option. Then the discussion slipped into my subconscious and, apparently, lodged there.

The scandal? That input came later. I won't get any more explicit. Gotta leave something for you to wonder about.

So those are the origins of Xylophone. It's an example of how most writers' minds work: absorbing a nugget here, a tidbit there; storing them away intentionally or unwittingly; rattling along life's track, unaware of mental scraps being thrown together and some spontaneous alchemy suddenly binding the scraps into a story.

Mobry's Dick and Abercrombie Zombie began as titles that just popped into my mind. Fugly might've too, as well as Bastards and Pretty Boys. The British "Queer as Folk" -- or rather, one of the soundtrack songs (the lyrics of which I misunderstood because we had a cheap, crappy bedroom TV at the time) -- inspired precious_boy. A young Charlie Hunnam contributed.
Sometimes I just want to explore new territory, which is how the Utopia-X series and Mongrel came to be. Sometimes I want to pay homage to old stomping grounds, which is how Electric Melty Tingles came to be. Certain themes have intrigued me for a long time, like the nature of religion, and magic. And I've always loved vampires.

The "X" book is coming out on December 12. Between now and then, expect some music on this blog. ;-)

We interrupt this new release promo . . .

To announce that Dreamspinner will be offering a 25% discount, through December 8, on all books that won Rainbow Awards.

Yup, it seems to have come in second in the Young Adult/Coming of Age category. I'm pretty flabbergasted, especially since an anonymous but touchingly thoughtful person entered the book. I didn't.

The sale applies both to the electronic and print editions.

(And BIG hugs to dear L.C. Chase for cluing me in through her congratulatory note. If it hadn't been for her, I'd have gone to bed feeling like crap because I'll be a year older tomorrow.)

Edited to add my congratulations to Hayden Thorne and Jeff Erno, whose books were also judged "best" in the YA category. Hayden's story sounds truly enchanting, and Jeff's, just as full of heart as other fiction I've read by him. Shame on me for forgetting to mention them when I put up this post, but I was too stunned to think straight!
Posted by K. Z. Snow at 10:33 PM 11 comments: