Author Lou Sylvre was kind enough to post an out-of-the-ordinary interview with me and two excerpts from my books, one from a golden oldie and one from an upcoming release. Want to see my choice of a hot 50-word scene? (Picking one was not easy, believe me. Fifty words aren't very many.) Want to know how I feel about reviews?  You can find the answers HERE.
Posted by K. Z. Snow at 6:36 PM No comments:

This Halloween season, it's become my greatest fear. I'll explain why in a bit.

Once upon a time, I wasn't only used to fiction that ended on a gloomy note, I expected it to. Classic literature, I learned as an English major, often came bundled with a tragically appropriate conclusion -- even literature centered on a romantic relationship (or two or three; I'm lookin' at you, Emma Bovary). I might have cringed a little anticipating a novel's or a play's climax, but when the ax part of the climax finally came down, I invariably found it emotionally cathartic and intellectually satisfying. From Romeo and Juliet to Wuthering Heights, from The Great Gatsby to Sophie's Choice and beyond, bleak ever-afters never bothered me, as long as each one was the logical termination of beautifully crafted tale.

But my attitudes changed. As I got older, a turn in my life made me surprisingly vulnerable to tearjerkers.

The first movie that really tore me up was Midnight Cowboy. It's a brilliant John Schlesinger film, infinitely better than the original novel (in fact, it won the Academy Award for Best Picture in 1969), but I wasn't able to sit through the final sequence until a good amount of time had passed. Only many viewings later could I stand to watch Joe Buck hug the deceased Ratso Rizzo on that bus.

Other movies bothered me in much the same way, although not as strongly. Until Brokeback Mountain came along. That movie fucked . . . me . . . up. Even though I subsequently bought the DVD, I still resist watching it. I don't think I can without breaking down -- and without feeling resentful, feeling somehow betrayed.

Now I'm in the midst of devouring the American version of "Queer as Folk." (I never subscribed to Showtime, so I never saw the series when it aired.) The nature of the characters as well as all the plot turns began making me apprehensive about the series' conclusion, so I looked it up on the Internet.

NO! Knife in the heart! I won't be watching the fifth and final season.

I hurt just thinking about it!

Movies and TV shows have made me a complete wimp when it comes to non-HEA's. I can still take them in books -- two of my favorite reads from the past year are The Brothers Bishop and Junction X, both of which made me cry buckets -- but when an on-screen couple I adore doesn't end up together, I'm in a mournful daze for days. (If the resolution is ambiguous, if it offers at least a glimmer of hope, I'm satisfied. But one that destroys a hard-won relationship and seems irreversible?  I'm shattered.) 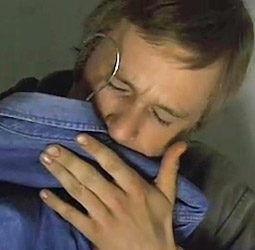 So how do you react to non-HEA's and -HFN's for fictional characters who've thoroughly captured your imagination? Do such endings bother you across the board, in books as well as movies, or more in one than the other? Have you ever been crippled by disappointment at a story's outcome? Or do I need therapy?

. . . of The Zero Knot. My giveaway, just one of many, is part of Young Love Week at the Joyfully Jay review site, and the festivities kick off on Sunday, October 7. Be sure to check in regularly throughout the week. Jay has all kinds of special features planned for this special celebration of the first flush of romance. 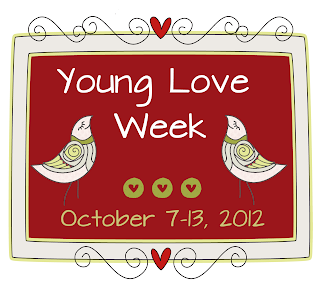 I can't wait for this presidential election to be OVER!

So . . . I had the foresight to save my yard sign from the 2008 election. JLA, with whom I hardly see eye-to-eye on political matters, wouldn't let me put it up until he got his own yard sign. Petty? Yes, but I'm old enough to realize that little straight boys sometimes need to be indulged lest they pitch hissy fits. And I have no tolerance for hissy fits.

When the primo don JLA finally got his sign, we put them up on the same day. I'd thought all was well. Silly me for being so trusting! Today I went to the mailbox and saw that someone (ahem) had used white medical tape to make an "N" in front of "Obama." I was ... less than happy. In a fit of pique (I occasionally have those in lieu of hissy fits), I peeled off the tape then helped the north wind bend over JLA's sign.

My front-yard drama wasn't over. Clapping broke through the sound of windblown leaves. Bewildered, I glanced around. Our neighbor, a retired railroad worker, was standing on his porch across the road, apparently watching my show. "Way to go!" he called out.

The next act has yet to be written. But it will be when JLA gets home from work.