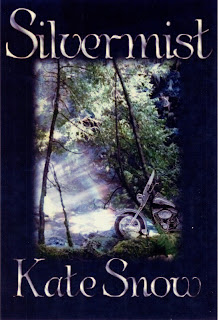 I've been doing a massive paperwork cleanout -- desk drawers, file cabinets, folders tucked in chests and closets -- and came upon this copy of my first-ever book cover. (Yes, I was so proud and thrilled, I printed it out. :))

Issued by a tiny and now-defunct e-pub (through which, by the way, author Charlene Teglia published a popular Christmas story), Silvermist is a sweet m/f romance complete with secret baby and not-too-egregious head hopping. It's actually a rather lovely story -- angsty, but not overly so, and laced with humor. One reviewer said it touched her soul. I remember being on Cloud Nine for days after that.

Silvermist no longer exists, except on a disc and in my old hard drive. I suppose that's just as well. The royalties I made on this book barely bought me a few gallons of milk.
Posted by K. Z. Snow at 11:40 AM 5 comments: 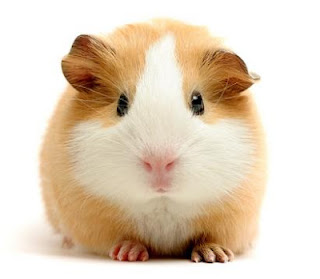 The delightful Tam Ames, whose blog is HERE, has asked me to be a guinea pig. She invited me to kick off her series of features on veteran m/m romance authors' backlists.

Now, don't cringe. Tam has limited her selection of titles to the first ten I published in the genre, and seven of those constitute series books. I answered some questions, too -- like the one involving the Hungarian engineering student who stole my . . .

Uh, no. The questions didn't get that personal. I wouldn't divulge such information anyway, in part out of deference to certain men's sensibilities.

So stop by if you can. There's no reason everything old can't be new again!
Posted by K. Z. Snow at 11:08 PM No comments:

The Resurrection of SATURDAY SNARK!

Thanks to Marie Sexton, a fun tradition is back: Saturday Snark, wherein m/m authors post snarky excerpts from their books. Click on the link to see what other writers have to offer!

Here's my contribution. It's from Merman, the still-in-progress sequel to my Dreamspinner steampunk novel, Mongrel.


The abrupt surge of warmth and pleasure was dizzying.
A factory whistle shrieked. Root groaned. Dimly, Marrowbone felt a viscous drizzle of semen down his hand. But whose semen, he wasn’t sure. That consequence of the encounter was secondary.
Root’s large, booted feet slipped a little on the greasy cobblestones. Once he was sated, Marrowbone guided Root’s body down the wall. The back of his shirt sporadically caught on the bricks. Within a few seconds, he was resting safely on his backside.
After moistening his handkerchief with the scented water he always carried, Marrowbone wiped his mouth and again donned his hat, making certain his cascade of hair was tucked within it. He gazed down at his host and clucked in disapproval. “I’m afraid this is quite unacceptable.”
Root’s head lolled. His bent legs had flopped to either side. Not an attractive pose, granted, but not an uncommon one on a Saturday night. Being dead-drunk in an alley wouldn’t get Jack Root arrested.
However, his cock hanging out of his pants might do it.
Marrowbone dropped to a squat, ushered Root’s little soldier back into his barracks, and gave him a few good-night pats. “It’s been a pleasure, sir. Perhaps we’ll meet again.”

I wish. But no, he got his Wisconsin VP candidate through the usual Big Secret Pow-wows behind closed doors -- and not, like our Founding Fathers, the doors of a tavern.

I rarely discuss politics on my blog (actually, I'm sick to death of crippling partisan bullshit at all levels of government), but this development got me thinking.

Romney was, in many ways, canny about his choice. Ryan's already a national-level player, so he has plenty of political savvy. He's from America's Heartland, seems personable, and doesn't live in an ostentatious house, all of which make him appear more down-to-earth than his rich and robotic running mate. He's well spoken, young, and good looking. And his Catholicism will make him attractive to many Hispanic voters.

However, I still can't help but wonder how fundamentalist Christians, who make up an increasingly large and influential portion of the Right Wing, are really reacting in their heart of hearts to this ticket. Although they won't admit it publicly (at least not in this election year), fundies indeed consider the LDS a dangerous sect, and most of them despise the Roman Catholic Church. I've heard televangelists voice these attitudes time and time again, in no uncertain terms, and have read of born-again rancor against non-Protestants in countless publications. Seriously, these buggers are rigid in their beliefs.

So . . . are they more turned off by the heretical Mormon and his pope-loving pard, or by that damned homo-hugger of an incumbent? Who poses the bigger threat to Christian values?

And what about the vast middle class, those people who don't define themselves solely through their faith? Will they see through this conservative wet-dream team and get hip to the fact that corporations and obscenely wealthy individuals, always coddled by Republicans, do not have their best interests at heart? Will they remember that the Trickle-down Theory has already been debunked and in fact illustrated these song lyrics: "the rich get richer and the poor get poorer"? Will they quit assuming the whole shitty world economy is one man's fault and come to their senses?

I don't have any answers, but the presidential election -- not to mention Fox propagandists lifting their desks with their heretofore atrophied dicks -- should make for an interesting few months . . .

These instruments have struck my fancy. Thought I'd share.

Halo Drum (and the musician is kinda cute, too!)

Glass Harp (I've known about this one for decades and even have a vinyl LP of glass harp music):

Xylophone, my contemporary that deals with the aftermath of childhood sexual abuse, is finished and now under submission. And that means . . .

I've finally returned to Merman, the sequel to Mongrel. (I apologize to those of you who've been waiting for that sequel!)

This brings up an interesting aspect of the writer's life: how some of us can work on multiple stories simultaneously and some of us can't.

I'm in the latter group. My head needs to be in a particular place for each book, and I'm wary of what could be called cross-contamination. This might not be a factor if I stuck with one subgenre and consistently employed the same voice, but I don't. I'm a jumper. So in order to maintain a specific tone, and keep characters true to themselves, I have to concentrate on one piece of fiction at a time.

How I envy writers who have anywhere from two to five WIPs going at once. That obviously makes for greater productivity. If there's some WIP-juggling secret I'm not aware of, I'd love to hear it!
Posted by K. Z. Snow at 9:42 AM 4 comments: