A Trope Down Memory Lane ~ Friends to Lovers

A genre favorite, this theme. It's at the heart of a number of my stories, including Electric Melty Tingles, which features two college-age friends who must endure separation after declaring their love; Abercrombie Zombie, about a team of paranormal investigators who come together via the intervention of a very unusual stranger; Visible Friend in which a recovering junkie reconnects in a startling way with the best buddy he ever had; The Zero Knot, about two young men, close since childhood, who find the courage to fully define their bond. Finally, there is the Jackson Spey / Adin Swift saga, a friends-to-lovers tale of epic proportions -- or at least one that spans quite a few books. ;-) 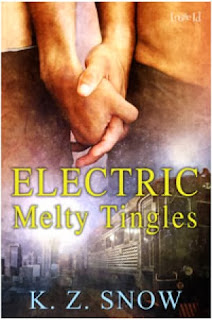 It's August of 1970, and the friends of 21-year-old Oliver Duncan are having a blast at his bachelor party. Except Ned Surwicki. He isn't an Ivy Leaguer. He doesn't appreciate female strippers. And although he's been Oliver's best friend since they were 14, Ned isn't much inclined to celebrate his pal's impending marriage.

Ned is gay, something he's known since he kissed a boy and got the melty tingles. Ned is also in love with the groom-to-be. Ned is miserable.

On the night before his wedding, Oliver realizes that he's miserable too. Of course Ned comes to his rescue.

Thus begins a romance that spans forty years, requires one coming-out after another, and survives a broken engagement, a menage with War and Pees, world travel, an ill-advised marriage, scores of fuck buddies, a father who thinks his son is destined to be a clone of Liberace, parents who reject their son, and, worst of all, the failure of two misguided men to pursue their fondest dream.

The most important coming-out for Ned and Oliver is summed up in a declaration they spend too many years trying futilely to forget: "I love you. That's never going to change."
Read an excerpt.
Buy at Amazon.
Buy at ARe.
Buy at B&N. 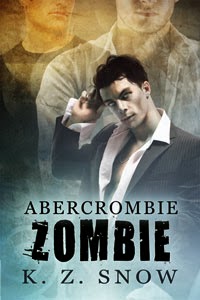 A tale of life, love, death, and other mysteries of the universe, including the importance of a good wardrobe.

Dead folks are the best friends of Quinn McConnell and Hunter Janz. Dead folks pay the bills for this team of psychic mediums . . . but just barely. To make it into the financial comfort zone, they need to outshine their competition.

Quinn needs even more than that. He’s been infatuated with his partner for the nearly three years they've been together, and if he can’t either get over his crush or make something happen with Hunter, they’ll have to split up. Sexual tension and unrequited love can wreak havoc with a psychic’s reception.

Salvation comes hobbling along in the form of a well-dressed but ravaged-looking man who can clearly see and converse with the dearly departed. Why? Because, he claims, he has something in common with them: He’s also been dead. The zombie who calls himself Dustin DeWind needs the psychics’ help in finding the man who made him what he is. In return, he promises to steer them toward the often elusive spirits that are their stock in trade.

But something more goes on when Quinn and Hunter forge an uneasy alliance with Dustin DeWind. It seems he’s also nudging them toward each other. 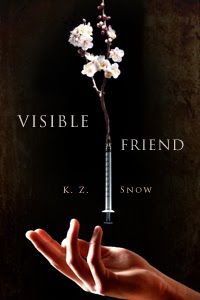 Only 24, Christopher Borgasian has made a drastic and terrifying change in his life. He's turning his back on a lover he'd adored for three years. The breakup required more than regretfully spoken words; it was an arduous process that took over seven months. Now it's time for Chris to see if he can make it on his own. Without heroin.

Without much of anything, really. Chris's family rejected him nearly a decade ago when he came out, and his drug buddies, never true friends to begin with, are now off-limits. Chris Borgasian, gay recovering junkie, is alone with his determination.

The night before he leaves a sober-living facility to pursue his uncertain future, a stranger named Denny shows up in his room ... then vanishes as mysteriously as he'd appeared. From that night on, Denny keeps returning, suddenly and inexplicably, whenever Chris battles temptation, self-doubt, or feelings of isolation. This handsome young man isn't an angel, but his identity still strains credulity.

Believing in Denny means, for Chris, believing in the magical strength of a child's longing -- for the invisible made visible, the imaginary turned real, and, most incredible of all, the possibility of unquestioning acceptance and abiding love. 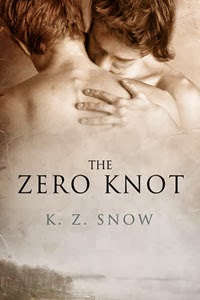 The Domino Club -- a teenage version of a secret society, formed by four small-town friends to explore their bisexuality. Two years into his membership, Jess Bonner has had enough. He isn’t bi, he’s gay, but he’s just been afraid to admit it. He’s also an 18-year-old bound for college and bent on making a break from pretense.

When Dylan “Mig” Finch admits he’s also gay and fed up with the club, he and Jess give in to a mutual attraction that’s been building for years. Mig isn’t college-bound, but he’s one of the finest people Jess has ever known.

As the young men struggle to define their relationship and determine their priorities, forces they can’t seem to control keep tripping them up: sexual appetite, personal insecurities, fear of discovery, and more.

They need clarity. They need courage. Just as they’re on the verge of finding both, an act of vindictive jealousy sends one of them to jail. All their hard-won victories are in danger of falling to dust.

The only way to save what they have is to recognize and declare it for what it is . . . and fight for its integrity.

Read an excerpt.
Buy at Amazon.
Buy at ARe.
Buy at B&N.

A Trope Down Memory Lane

The only news I have to report is that I sent in my contract for Machine, the final novel in the Mongrel trilogy. Naturally, Dreamspinner will be publishing it. And I'm still plugging away at my contemporary WIP, Resurrection Men, which now stands at 25k words. 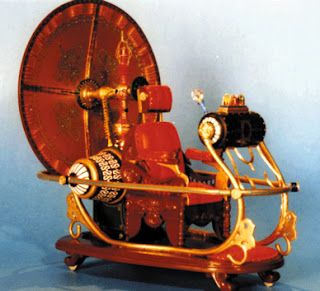 So . . . I thought I'd fire up my time machine and take readers for a leisure ride through my literary past -- in other words, Ye Olde Backlist. I've been so preoccupied with my steampunk storyverse this past year, I sometimes lose sight of the fact I've written quite a few contemporaries and paranormals.

In the following weeks, starting tomorrow, I'll introduce you to them, divided by theme: Friends to Lovers, Bridge Over Troubled Water, Men for Sale, Faith vs. Freedom, and Self-Acceptance, and Faith vs. Freedom. Consider this series of posts a kind of Snowy Days Sampler. ;-)
Posted by K. Z. Snow at 11:57 AM No comments:

Publish a book in December if you can help it, unless the story is holiday-related. Seriously. It will get lost. Readers won't associate it with the year in which it was actually published (because, in their minds, they've done all their "serious" reading for the year and are focused on holiday offerings), but they won't associate it with the following year, either. I've seen how Xylophone slipped through the cracks because it was published on December 12.

You're better off waiting until January.
Posted by K. Z. Snow at 3:29 PM No comments: