Another Kind of Bullying 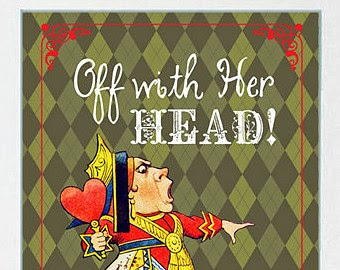 We who read and/or write m/m romance and gay fiction -- in fact, the entire GLBTQ* community, allies included -- despise bullying. I don't need to explain why. But there's an insidious kind of bullying infesting the U.S. legal system: frivolously spiteful, vindictive lawsuits intended to harass, punish, and/or muffle disseminators of information.

By "information" I mean facts, not rumors or baseless allegations with a negative cast. We have libel and slander laws to protect us against the latter. Bogus information can be harmful; it can damage people's personal and business reputations, financial stability, and physical as well as psycho-emotional well-being. However, when accusations can be substantiated, when information can be verified, the disseminator is "guilty" of only one thing: telling the truth.

Some people fear the truth. It is their enemy. They're likely to cry "Witch hunt!" to deflect attention from their wrongdoing when the truth gets out. Yes, I know, persecution of innocents has indeed taken place throughout history, and far too often. Single words identify some of the more heinous examples: Inquisition, Salem, McCarthyism. But . . . making helpful information public is definitely not a "witch hunt." It's more akin to enlightenment.

I got to pondering these things when I found out a fairly large, prosperous publisher is suing a book blogger for defamation. A book blogger! Here is the offending post. Here is a copy of the complaint as filed. And here's the respondent's announcement of the suit. What I find most disturbing is the complainant's demand to know the identities of site visitors who commented anonymously. Why is this part of an already questionable action? WHY? My opinion: if this, too, doesn't smack of bullying -- an attempt to scare authors-under-contract into shutting up -- I don't know what else you'd call it. (We're still allowed opinions under the First Amendment, aren't we?)

I find the whole situation unconscionable and reprehensible.

Anyway, I got a hell of an education today as I followed relevant links. The more I read, the more I learned about: 1.) "vexatious litigants" (people/entities who continually, often groundlessly sue other people/entities, thereby making themselves a nuisance to the court system); 2.) anti-SLAPP statutes (from Wikipedia), "A strategic lawsuit against public participation [SLAPP] is a lawsuit ... intended to censor, intimidate, and silence critics by burdening them with the cost of a legal defense until they abandon their criticism or opposition"); 3.) the Streisand Effect (from The Passive Voice), "the phenomenon whereby an attempt to hide, remove, or censor a piece of information has the unintended consequence of publicizing the information more widely, usually facilitated by the Internet"; 4.) Chilling Effects (at Vacuous Minx). You can also find out more about these terms, and their RL ramifications, at The Digital Reader and Smart Bitches Trashy Books.

Some sobering stuff, dear friends, and all very cogently explained. I'm sure we've only seen the beginning of what promises to be an enormous public outcry. Streisand Effect, indeed.

This whole mess has nothing to do with whether or not you like Dear Author. I, for one, rarely visit there anymore. Rather, all of us in the book world -- authors, readers, reviewers, bloggers -- should care about this particular form of bullying. Hell, all U.S. citizens should care, because it imperils a freedom we cherish: that of unfettered (within the realm of reason) expression. If we won't tolerate those who seek to ban books, we shouldn't tolerate fatcats within the publishing industry who seek to prevent scrutiny with threats of legal or other retaliatory action.

If you're wondering why I posted this, go back to the first paragraph. And remember: if you don't stand up for something, you'll fall for anything. I finally had to stand up.

This Thursday, September 25, Harmony Ink will release Ben Raphael's All-Star Virgins. Although it's a YA story, and in spite of its title, it isn't about a group of teenage guys losing their virginity.


Sexual virginity is part of the theme, but it's the least important part. Two threads run through the story: the loss of youthful innocence (a more significant kind of purity than sexual inexperience), and the true nature of self-acceptance, which has little to do with the approbation of others.

The five 16-year-old friends who comprise the Ben Raphael All-star Virgin Order all have their own reasons for being part of BRAVO. Two want attention and affirmation from their peers and teachers. Three want to deflect attention from personal secrets while garnering that affirmation. Their individual motives all have certain elements in common, though: fear, neediness, and naiveté. It’s these qualities that make the young men “virginal”—in the ways of the world and of human nature.

One pivotal event serves as their initiation into adulthood. Although this assault by life’s harsh realities is painful and irreversible, it also helps the boys reorder their priorities. The insights they gain will help them find the kind of contentment that doesn’t come from being widely admired but instead comes, quietly and securely, from within.

A third, related thread has to do with a predatory female teacher, but that's a whole other discussion. If you read this novella and have questions about it, please feel free to message me. This is a touchy, complicated subject that has nothing to do with "slut shaming" and everything to do with abuse of authority, and it happens more often than you might realize. I was once a teacher, so my feelings are strong. (Guess you got a taste of my attitude in Xylophone if you read it.) Taking advantage of people too young, insecure, and/or troubled to make reasoned choices is INEXCUSABLE.

Thanks in advance if you choose to buy and read Ben Raphael's All-Star Virgins!

Where have all the villains gone? 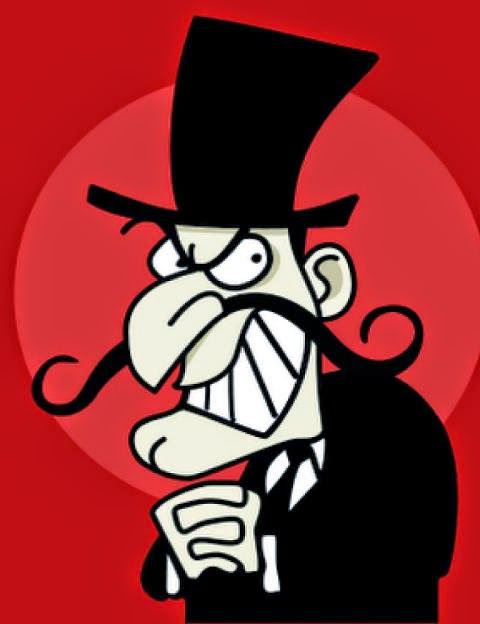 I don't mean "damaged" characters. We have those in abundance. Antiheroes, too. I mean the bona fide bitches and bastards, users and abusers, manipulators and liars and cheats. Where are they in romance fiction? Have they been scared away by our desire for happy escapes? Or by our need to psychoanalyze them? Have we romance readers and writers become so determined to validate our genre that we insist on stories free of all characters that smell even faintly of stereotypes? Has moral turpitude become so subjective that we must now be able to sympathize with each and every "misguided" soul?

I say no to all of it. To rejection of unpleasant people in romance. To fussy, PC dissections of bad guys' mental states. To the snobby assertion that they're all stereotypes. Let's face it, people who are alarmingly devoid of conscience exist in real life. I bet we all know/have known some. Bad apples appear in both genders and all orientations, and their self-absorption can be damned odious as well as destructive.

Frankly, I miss villains (sorry for the simplistic term, but I think you know the kinds of characters I mean). That's why I often include unlikable and conniving people in my books. I believe we need such players -- depending on the nature of the story, of course -- in romance. Antagonists add conflict, dramatic tension, gravitas. They can serve as foils for the good guys, can challenge and test and teach them. In fact, they can propel entire plotlines. And they've done so throughout the history of literature.

Hell, they've done so throughout the history of humanity.

I've had a variety of nasty characters in my books, and I've loved imagining all of them. Some have terrifying supernatural abilities: Joseph Beaudry, the bokor (Voodoo priest) in To Be Where You Are; the sorcerer Bezod in Carny's Magic; several of the strange beings in the Utopia-X series. Most, however, are entirely human. They just happen to be self-serving shitheads: C. Everett Hammer III in Jude in Chains; father and son sociopaths, Karl and Kenneth, in Bastards and Pretty Boys; the stage illusionist known as the Turk, and the shady sugar-daddy Edgar Jonns in Mobry's Dick; businessman Alphonse Hunzinger in Mongrel; the two pedophiles in Xylophone (although I can't say I enjoyed imagining them; it was difficult and distasteful). I have another one coming up in Ben Raphael's All-Star Virgins, releasing September 25.

Occasionally, if I think it's relevant, I'll delve into a villain's background or dig into his mind. Usually, though, I don't. Not too far, anyway. Why? Because villains are rarely primary characters. Biographical and psycho-emotional  detail should be reserved for the MCs. When writers try too hard to "three-dimensionalize" their bad guys, who are almost always secondary characters, it blurs a story's focus. Conveying a sense of what drives them (psychopathy, greed, ego, bigotry, religious fervor, sexual obsession, etc.) is enough. This doesn't mean antagonists have to be shorn of personality or believability, just that their internal landscapes shouldn't overshadow the MCs'.

So, do you say "yea" or "nay" to villains in romance fic? Do you accept them in fantasies and paranormals but not in contemporaries? If so, why? Do you insist on a thorough examination of their lives and motives? And here's a sticky issue: must m/m romance writers, in particular, avoid casting women in a bad light? Why, if all females aren't moral exemplars? (And, heaven knows, we sure aren't!) 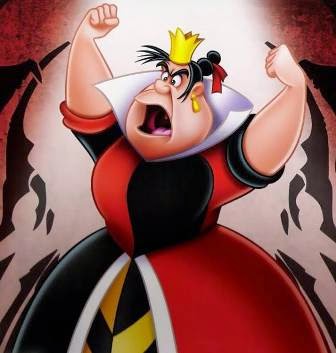 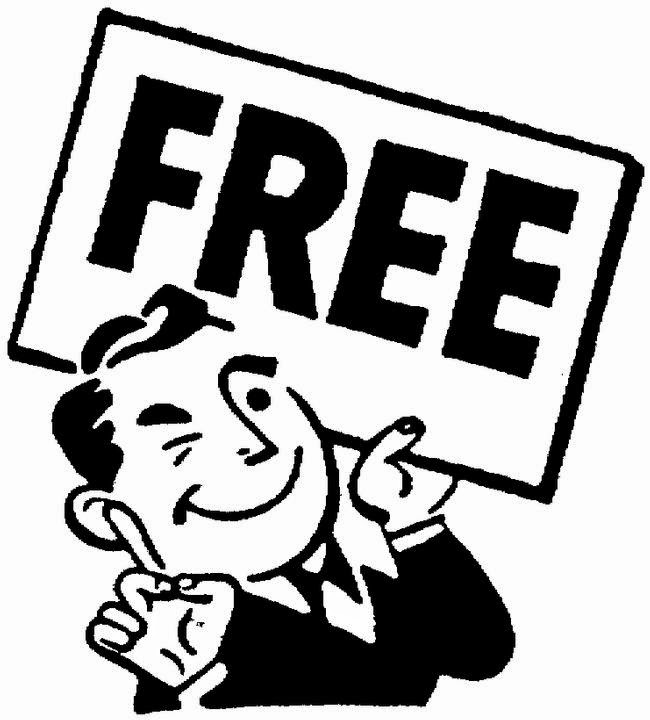 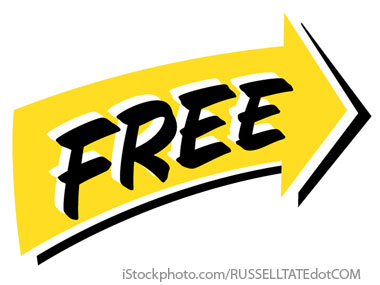 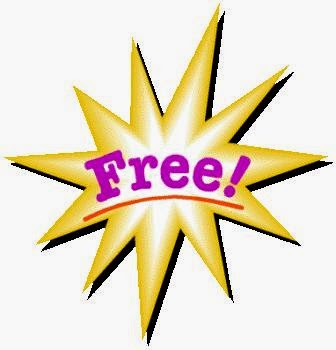 On  Saturday September 6, I'll be Meredith's guest at the Diverse Reader blog. I'm being interviewed and I'm giving away an ebook -- your choice of any title, as long as it's mine ;-). But you don't have to hustle your butt over there on Saturday; the giveaway runs through the following Friday, September 12. See? Lots of time!

The winning entrant will of course be chosen at random. So please stop by for your chance to grab a freebie! You can find all my available books at my my website. Or you can scroll down the right sidebar here on my blog. Hope to see you at Diverse Reader! 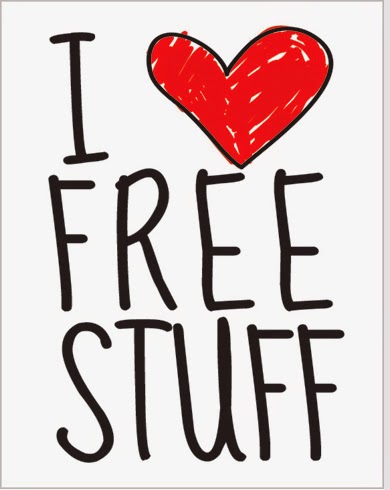