Life is ablaze with sunshine! When it isn't steeped in gloom. 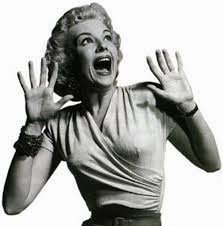 Do the following sound familiar?

I have a new idea/contract/cover/release/blog tour! J I’m going to a conference! J I’m going as an author instead of a nobody! J J An author who’ll be in the spotlight, like Liza Minnelli in Cabaret! J J J I can’t go to this conference. L But I’m going to that conference! J I scored a great story prompt at Goodreads! J I didn’t score a story prompt. L I got a glowing review! J I got an ickycaca review from a poopbutt who doesn’t understand my work. L I won a contest! J I lost a contest. L I’m in DABWAHAHAHAHA although I have no clue how I got there or even what it is! J I hate those stupid people who run that stupid tournament ‘cause they're poopbutts who play favorites. L Readers and reviewers love me! J Readers and reviewers don’t love me enough. L Readers and reviewers are brainless poopbutts who ignore me. L L I don’t deserve love because I’m a brainless poopbutt. L 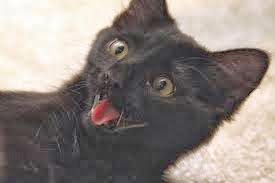 A lot of this kind of stuff has been swirling through social media lately. Since I’ve contributed to the whirlwind, I figured it’s time to step away and go in search of a precious and elusive commodity: reality.

Ah, I think I see it there, at my local resale shop!

Every time I go to a resale shop, I gravitate to the book section. Most of you probably do. And at some point I start to mourn all the dozens of "masterpieces," with beat-up dustjackets or no jackets at all, that are doomed to languish unnoticed on the shelves. I think of the men and women who penned them, how thrilled and proud they were to get published -- then how, ten or thirty or fifty years later, they fell into total, impenetrable obscurity.

Imagine how Edna Winchester’s ego swelled when A Chalice of Rubies  was issued. Did she celebrate? Sure she did. Maybe donned her best lemon-yellow cocktail suit with rhinestone buttons and went to a nice restaurant with her husband. Maybe drank one-too-many glasses of champagne afterward. Her mild hangover was worth it, though. A Chalice of Rubies made her that special being called an “author.” 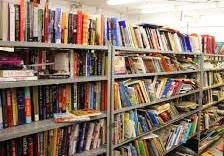 But that was in 1962. Regardless of Edna’s creation being offered by the Book of the Month Club as an alternate selection, regardless of it being condensed for Reader’s Digest, regardless of raves and pans and an award for Best Historical Novel of the Year by the Crown and Quill Writers’ Guild, A Chalice of Rubies now sits -- ragged, ignored, and leaning piteously -- on a warped and dusty shelf. Nobody’s willing to pay so much as a dime for it. Nobody’s even heard of Edna Winchester. In fact, nobody other than Edna's friends and family have heard of her since 1974.

So, my writer friends, if you ever find yourselves fussing over reviews, either good or bad, or feeling pumped up by a contest win or deflated by a contest loss; if you’re ever tempted to pat yourselves on the back or kick yourselves in the ass because of your success or lack thereof . . . go to a garage sale or any store that sells other people's unwanted crap. Scan the books. Note how many author names you don’t recognize. Note how many books couldn’t interest you less. Pick up one that's bound in cheap, paper-covered boards or barely clinging to a faded and tattered dustjacket, and think about its short journey from pride-and-joy to piece of shit.

Believe me, you’ll get a humbling adjustment in perspective. You'll realize the vast majority of fiction is throwaway fiction. Nothing you do, don’t do, are, aren’t, score, don’t score as a writer will ever seem quite so earth-shattering anymore.


Until, of course, that next release or review or conference or contest . . .

I just got this in the mail. 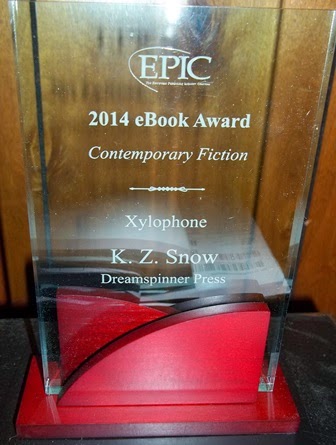 Dreamspinner accepted my novel-length (but not quite by their standards; it's just over 55K words) contemporary, Resurrection Man. It should be coming out in August. I've posted an unedited blurb below.

Right now I'm working on my first bona fide YA story. (The Zero Knot was, I guess, more NA, because it did contain explicit sex scenes.) Titled Ben Raphael's All-star Virgins, it features 16-year-old protagonists. There's a Big Sad in it too.

So here's the blurb I promised.

Bad enough Elijah Colter’s life of comfort and privilege comes to an abrupt end when he’s 17 and his family discovers he’s gay. Bad enough he must live out of his car in a bar’s parking lot and turn tricks for money. But when his perfect boyfriend, Alonzo, is taken down in a drive-by shooting, Elijah plummets into suicidal depression. The concepts of trust and hope become more alien to him than ever.

All that keeps Elijah going is a promise he made on that bleak Chicago sidewalk: that he would look after Alonzo’s stepdad, a sixtyish black man named Dizzy who’s on the verge of losing his house.

Diz joins Elijah in Milwaukee, where they become companions in homelessness—until Elijah discovers a program for throwaway LGBT youth. Through Footbridge, the now-20-year-old gets his own apartment… then loses it after a year when he can't cover his living expenses. Elijah has kept his promise, though, and until he can get back on his feet, he’s resigned to joining Dizzy in the abandoned factory the older man calls home.

One September day, a pair of new presences in Elijah’s life promise to shape his future: Alonzo’s ghost and an outreach volunteer named Michael Hanlan. As the boundaries between reality and illusion, truth and deception begin to blur, the bright but naïve Elijah must decide which of his dreams to pursue and which to cast aside. And just how much he can dare to believe in himself again.
Posted by K. Z. Snow at 3:31 PM 1 comment: