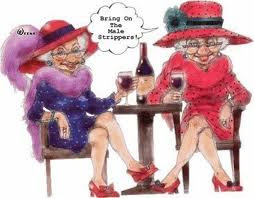 Okay, where do I start?  The majority of people who read as well as write in this genre have one thing in common: We really, really like the male anatomy. (Well, not every aspect of every male's anatomy, obviously, but you know which kinds of men I'm referring to.)  I'll tell ya, I nearly swooned when I first laid eyes on the cover of precious_boy. In fact, many pictures I see around our "community" make me stop dead in my tracks for an ogle and maybe even a brief fantasy. It's perfectly normal for gay men and straight women to react this way. Nature says so.

But more and more, when I read people's reactions to/comments on stories in our genre (and I mean in Yahoo groups, at Goodreads, etc.), I'm struck by the focus on heat level. A whopping big bunch of readers seem really, really fixated on the sex in m/m romance, and it's kinda-sorta starting to irk me. They claim not to want PWP, yet . . . they do seem to want it.  And the kinkier the better, and to hell with the quality of the writing. It's getting to the point that when I see the word HOT! starting off or summing up somebody's reaction to a book, I cringe.  This is probably the reason I've been asking not to have chesty covers on my books, starting with Electric Melty Tingles and Fugly and continuing through all my Dreamspinner releases (save for precious_boy, because of that character's occupation).  My cover artists probably have fits when they see my requests. 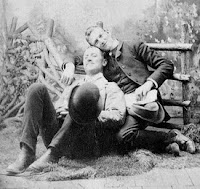 The best books I've read in this genre have either had no on-page explicit sex or only a relatively small and plot-appropriate amount.  Their emphasis was on world building, storyline, and/or characterization. They were multidimensional. I don't think I've ever read a sex-saturated book, or even a sex-heavy book, and been impressed by it (aside from James Lear's stuff, which, for a number of reasons, is in a class by itself).  In fact, the last thing I'm likely to remember about my favorite m/m fiction, or any fiction, are the sex scenes.

I guess I'm bringing this up because I hate seeing our genre defined by its ability to appeal to readers' prurient interests.  (I know, I know; the phrase prurient interests sounds so freakin' 1950s.  Bad word-choice, but I'm on a roll so I'm not going to change it.)  Of course sex is one of the most basic facts of life. It's a driving force second only to survival. Better yet, it's FUN -- way more fun than resorting to cannibalism to stay alive --  and an integral part of intimacy.  But I lose my happy face whenever and wherever I encounter a lopsided emphasis on it, and slavering over it, as if other types of human experience are only inconsequential adjuncts to the Pursuit of Orgasm. My happy face really goes south whenever I think of m/m romance being perceived as porn for straight chicks, and straight chicks strengthening that perception at every turn by judging the value of m/m romance -- romance -- based on its sexual content.  That's when all those politically-correct types who huff about "appropriation" and "objectification" -- people I've tried my best to ignore -- start making disturbing sense.

Am I stirring a tempest in my own teapot? Or has anybody else noticed and been bothered by this?

Am I stirring a tempest in my own teapot?

No. It can be irking. Especially when publishers (none of mine, thank God) specify a required number of sex scenes.

So true what you said about publishers, Val. That was one of the multitude of things that drove me out of m/f romance. Bummer to be encountering the same mindset in m/m (embarrassing, too, in light of the "objectification of gay men" accusation that's so often lobbed at us).

Gratuitous sex in books annoys me and I start to skim the sex scenes. If the sex is integral to plot or character development, I'm ok with it. I've read some very good books that had absolutely no on-page sex scenes, such as Knight Errant by KD Sarge or The Shadow of the Templar series by M Chandler.

Did I miss it? There should be enough that I shouldn't be able to miss it, so I would guess there was no sexing here.

Why did I just read a gay romance if there was no down and dirty romancing? Why am I here? Not for the company, clearly.

This book was a tease. Great love-plot, but then the story gets distracted with an actual plot-plot with fighting and power changing hands and just general paranormal junk.

I have to say I'm a bit upset with the action here.

Frankly I was a bit stunned by this response. Granted, this book didn't turn my crank but NOT because of the lack of sex, and there was one sex scene. But you ONLY find a book good if it has lots of sex? God forbid there be plot-plot as it's referred to. Sometimes I'm in the mood for that and I know which authors to turn to when I am craving some sheet-burning action and sometimes I don't care. But as a rule I can honestly say I've never read a book and thought "Wow, that was disappointing, there was not enough sex." I have however said "Ugh, too much sex, not enough story."

I am preparing to submit something of 8K words with about 500 words of sex and that is spread out over about 5 instances (some aborted). Then I start to get paranoid. If it's accepted will someone read it and say "Where is all the action between the sheets?" But that's not what it's about. The conflict is not will they or won't they and how rabid are they to get to it.

I guess it's a classic case of you can't please all of the people all of the time, but I do get annoyed when people buy m/m romance solely for the sex. That's what erotica is for (focus on sex, not plot) and there is plenty of it out there if you care to find it.

Anyway, I came over here from Goodreads to say yes, it bothers me. Interracial romance in which otherness is stereotyped & eroticized bothers me, too. Of course, I'm one of those annoying PC types.

I think objectification of women is a bigger concern because all of us have felt the negative effects. Objectifying men, even gay men, seems to have less of a social impact. Maybe that's why readers don't worry too much about it. What's the harm? I mean, I don't know if gay men are offended.

People of color are offended by stereotypes, but there is a history of oppression to be considered. The history between gay men and straight women isn't one of mistreatment.

I think I read those reviews, Tam! Yes, that's exactly what I'm referring to -- that "disconnect" between public claims and private preferences; the disillusionment when a book isn't "smokin'" (gah, I'm so sick of heat-related synonyms!)

Although my entry into this genre was neither abrupt nor frivolous, I've had my share of guilt about writing m/m. That's why it galls me to see readers (female, especially) so voracious for titillation. I think it demeans all of us.

You don't need to worry. Your stories are always more sweet and funny than smarmy. ;-)

meh...I want a story! If you make me care what happens to those boy, give me a good build up and then toss in the good sex...THAT is hot. :)

Maybe it's an issue about labeling.

I suspect that m/m doesn't have that distinction and that a lot of people who are just jumping on board with m/m might be thinking
m/m=sexxoring.

But there's been lots of discussion about m/m being labeled as erotica simply because it's about the gay. And the gay = sexual kink.

To be clear this is not my opinion, just what I see being questioned and repeated in discussion about correct labeling.

Maybe a lot of readers are reading m/m for the sex. The more readers there are that join the m/m reading crowd, the percentage of those who read it for the sex is going to grow. Or maybe they have bigger mouths. heh

Producing well-crafted stories is the only way to prove that good writers are good writers, regardless of gender and genre. And that means mastering (or appreciating, if you're a reader) more of the elements of fiction than just skin scenes. That's my take on it, anyway.

So true, Jase! You gotta care about the characters before you can care about when and how they get it on.

It's so nice to see you again, Leah.

Expectations are probably a big part of why same-gender love has been hypersexualized in popular fiction. Somehow, either because of contemporary slash or age-old taboos, men loving men falls in the Dirty Delights category for a lot of people.

I wonder if straight guys read f/f for the same reason. Doubt it; they're more visual and, besides, don't want no steenking romance. :)

That mixed message is dispiriting, isn't it, Kitty? And for a number of reasons.

As a reader, I want to see a balanced tapestry in which imagination and general mastery of the craft are what I notice first. The sex scenes, if any are present, should complement rather than overwhelm the other elements. (That's why I adore your work.) I wish more readers felt the same, but I'm really grateful for the ones who do.

I want to read about guys becoming friends and falling in love. The ups and downs of a new relationship. Make me care about them and them get in the sack. We'll all enjoy it then. But when the emphasis is just on sex and more sex and then more sex... it gets boring. I want an entertaining and well told story not just pwp. I've found myself skimming through quite a bit in the last few months and I don't like that since it's what led me to drop m/f books.

Hiya, Lily! So nice to see you out of hibernation! :) Hope everything is going well for you.

I know exactly what you mean about skimming. It pretty much ruins any reading experience. But when sex scenes are frequent and repetitive (and how can they not be, beyond a certain point?) there's just no other way to get back to the storyline.

I love plot, and am perfectly fine with fade to black scenes. In some ways, those are nicer, because you can imagine and do not risk some ghastly phrase like "purple throbbing cockshroom" that wandered over from erotica.

I think in a lot of ways it's a marketing error farther upstream from us, because so many outfits label all gay stories as erotica, which it isn't. But people are led to expect it, and then when they're disappointed...